In case you haven’t heard… Pokémon characters are taking over the halls of JJC!

From Jigglypuffs to Pikachus, JJC is full of these miniature “pocket monsters” from the 1990s TV show, Pokémon – and JJC is considered a Pokémon Hub in the popular mobile app game, Pokémon Go. 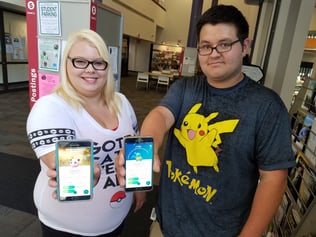 If you haven’t heard about the game, it’s simple: the objective is to catch as many Pokémon characters as you can (when you walk around you’ll spot the Pokémon characters on your phone). Using Pokéballs, you’ll catch the characters, and the more that you catch, the more experience you'll get, leading to a higher level. You can also collect Pokémon by finding and hatching eggs.

We recently caught up with two students who could arguably be the most avid players on campus – Jay Burt and Kierstin Allen, both of Team Mystic – to learn more about the game, the best ways to play on campus, and best strategies. 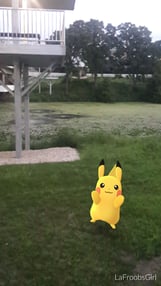 Jay and Kierstin first gave us the low-down on popular Pokémon Go spots on campus:

JJC Poké Stops
(where to gain Pokémon goodies, such as Pokéballs)

Here are some tips for catching Pokémon characters at JJC: 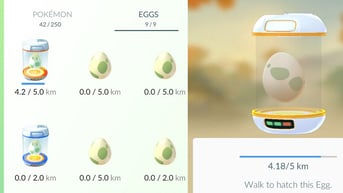 2. Best place to be on campus? J-Building Cafeteria
According to game mechanics, you can catch Pokémon or power up at Poké Stops from up to 50 meters away (or around 164 feet). Jay and Kierstin say the best place to be on campus is the J-Building Cafeteria because it allows you to collect from two Poké Stops at the same time (the Art Gallery and the fountain on the patio). 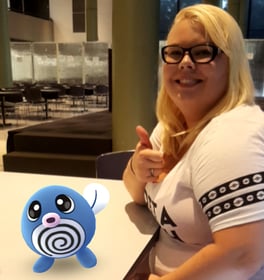 4. It's OK to catch a bunch of "little" Pokémon
Different types of Pokémon can give you good experience points in the game. Jay and Kierstin say that you shouldn’t be disappointed if you keep catching Pokémon of the same type – because really, that’s the best way to level up. 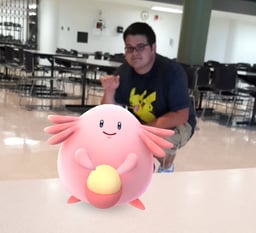 4. Work together, be safe and try to catch as many Pokémon as you can
Although there are three teams in Pokémon Go, players shouldn’t get caught up in the “us vs. them” mentality. Jay and Kierstin say it’s important to remember that you’re rivals – not enemies. And when you’re not battling, you should help others out, even if they’re on the opposite team.

Q&A with Jay and Kierstin 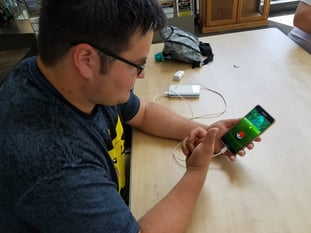 Q: What are your favorite Pokémon characters?
K: Jigglypuff!
J: Squirtle and Eevee.

Q: What is the rarest Pokémon character you've caught?
K&J: We caught a Gyarados in Chicago a few weeks ago.

Q: What are the most common Pokémon characters you have encountered at JJC?
K&J: Pidgeys, Weedles and Rattatas (but we see Pikachus, Jigglypuffs, Poliwags and Magikarps pretty often as well).

Q: How did you learn about the game?
J: I have always been a big Pokémon fan, and heard about the game about a year ago. I couldn't wait for it to come out!
K: I wasn't as big of a fan as Jay, but once he started getting into it, I started playing it too - and now even my mom loves playing it!

Kierstin Allen and Jay Burt are both from Coal City and plan to graduate from JJC in December 2017. Kierstin is an elementary education major and Jay is a math education major. 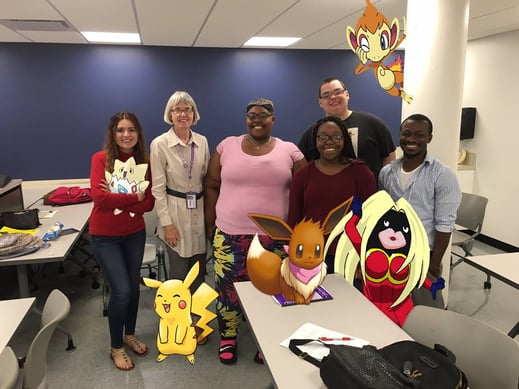