Joliet Junior College was founded in 1901 and is the oldest public community college in the United States. Throughout its 120-year existence, many students and staff have come through the doors to shape JJC’s rich history.

While you may be familiar with how the college operates today, you may not know that JJC students once attended Joliet Township High School to take their classes or that during World War II the men’s basketball program had to be dropped due to students leaving to serve in the war. Sound interesting? We’re here to take you on a journey back in time to see what shaped JJC into the college you know today!

J. Stanley Brown, superintendent of Joliet Township High School, thought that continuing education past high school was very valuable, but he quickly realized that leaving home and attending college was too much of a financial burden for most people in the late 1890s to early 1900s. Brown began upgrading some of the high school courses with college-level content and encouraged universities to award college credit or advanced standing to students who took these more rigorous courses. The University of Michigan and the University of Illinois agreed to accept students into their schools as sophomore standing students.

The Women’s Athletic Association (W.A.A.) started during the 1925-26 school year. As the years passed, many more activities became available, including basketball, horseback riding, swimming, a rifle club and more.

World War II Had a Significant Impact on JJC 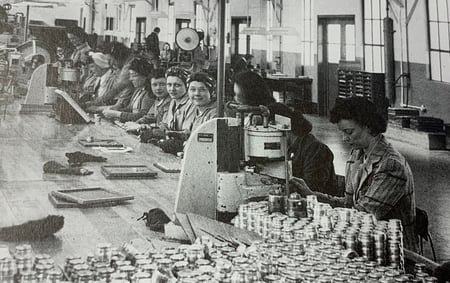 Approximately 300 JJC students had went off to serve in the war. Students that stayed behind attended Red Cross meetings to help with the war effort and the history classes sold War Savings Stamps. Jobs in war-related industries grew significantly, especially in ordnance plants and shipyards. This job growth forced many students to work during the day, creating a need for twilight, evening and weekend courses. Special classes were added to produce items and commodities needed for the war, including planting “victory gardens” and manufacturing explosives.

JJC Used to Have a Smoking Lounge 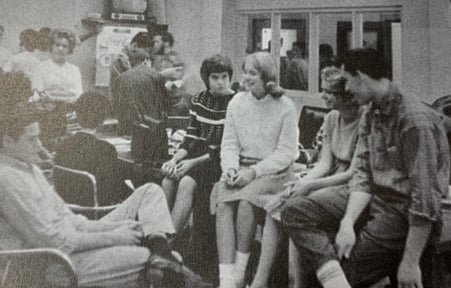 In 1947 the smoker was established in the custodian’s office. Previously smoking had been a serious offense on campus, but that mindset changed when smoking became a “near necessity” to returned servicemen. It had initially been open to male students, but in the coming years the space was relocated and opened to female students. The smoker became one of the most popular spots on campus, where students could relax, socialize and have a smoke and a Coke before class. Some students used the space while “ditching” class to play cards.

JJC Moved to Its Current Home in 1969 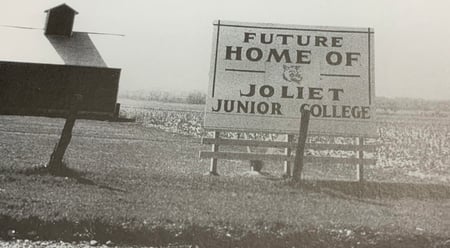 JJC became a Class I junior college district on Feb. 18, 1967. On April 15, 1967, an election to seat a seven-member board of trustees was held. The college continued to rent space from the high school until it could figure out a permanent solution, but this was getting costly. In 1968 it was announced that the Richards farm on what is now Houbolt Road would be the site of JJC’s new campus. JJC students came to what is now called Main Campus for the first time in fall 1969.

Former history professor, Dr. Robert E. Sterling, wrote a book about JJC’s history in 2001 to celebrate the college’s centennial. If you’d like to read more about JJC's history, you can view the book online. You can also browse the Library’s digital archives to view past yearbooks, issues of the student newspaper, The Blazer, and more.